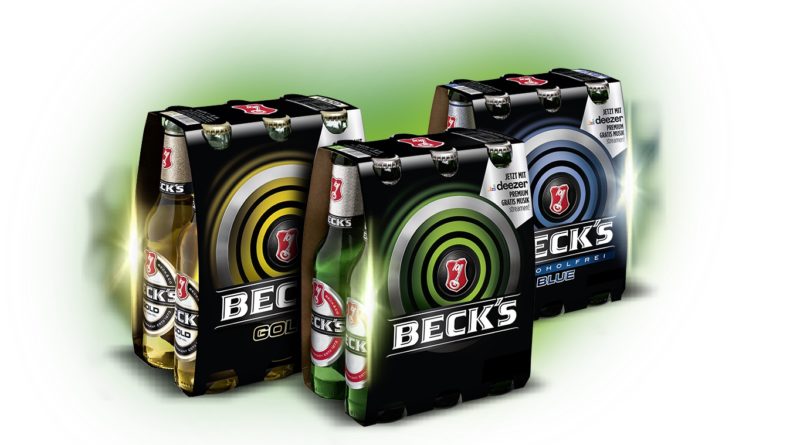 As part of a promotional campaign, Anheuser-Busch is equipping InBev Beck’s bottles, cans and six-packs with a music streaming code.

Together with the global audio streaming service Deezer, Anheuser-Busch InBev launched a joint promotion campaign in July 2019 in conjunction with the Beck’s beer brand. Each promotional bottle and can bears a code that allows you to use the Deezer premium service free of charge for 24 hours and choose from among 53 million music titles.

“Beck’s has been very successful in the field of music promotion for years, both as a partner of various festivals and in POS campaigns. We are all the more delighted to be able to offer our consumers* even more music and listening enjoyment with Deezer,” says Claudia Hauschild, company spokeswoman at Anheuser-Busch InBev Germany, commenting on the code campaign. 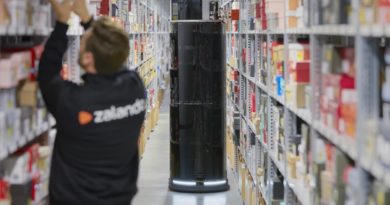 Robots get to grips with Zalando

The online mail order company Zalando has tested two robots at the Erfurt logistics centre to support its employees. Now 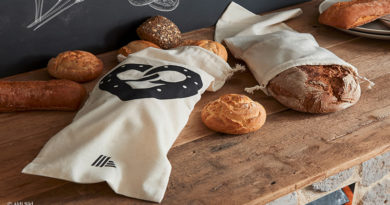 In September 2020, the discounter Aldi Süd introduced reusable bread bags in the baked goods sector. These are to replace paper bags with a window. The bag is made of sustainable cotton and meets the requirements of the “Grüner Knopf” seal. 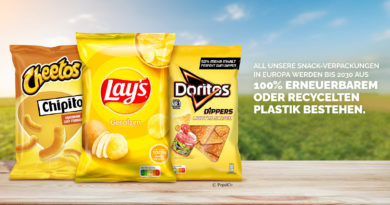 PepsiCo continues to drive its sustainable transformation. By 2030, the company aims to use only recycled plastic in its snack packaging.

A Bottle Made from Plant-Based Raw Materials

Not just for Easter – All about egg packaging