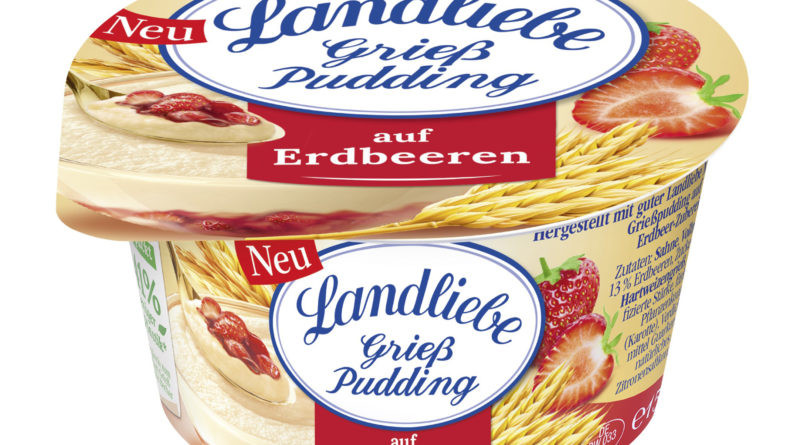 Landliebe’s “semolina pudding with sauce” dessert range is getting more varieties, but also new packaging: from the end of June 2021, the semolina puddings will be underlaid with sauce and offered in a dessert cup. Compared to the previous two-compartment cup, this will consist of 41 percent less plastic.

In addition to the familiar Strawberry variety, Landliebe is announcing three new flavors: Apple Cinnamon, Caramel and Mango. There will also be more sustainable cups. “The change in packaging of our semolina puddings with sauce is an important step for us in terms of sustainability,” says Anne-Katrin Müller, Director of Marketing at FrieslandCampina. “The plastic consumption per cup will thus be significantly reduced, and the ‘semolina pudding with sauce underneath’ concept is very well received by consumers.” For consumers, the change is not a big one: they will no longer receive their Landliebe semolina pudding with sauce in a double-chambered cup to fold over, as before, but will be able to enjoy the “semolina pudding on sauce” from the 150-gram dessert cup.

New packaging design from October on

After the Landliebe Sahnepudding dessert range already received a new design last year, the semolina puddings will now also get a new look in October 2021. The design will be more modern and clearer and is expected to have a high recognition value. This is because the packaging design leans heavily on the familiar Landliebe brand appearance and the individual flavors continue to have the same color coding. The new varieties of “semolina pudding on sauce” are already making a start for the launch in June and will be introduced into food retail in the new style. “For this, we have significantly reduced the individual elements, such as the presentation of the ingredients, on the packaging and placed the focus on the product itself,” says Anne-Katrin Müller. 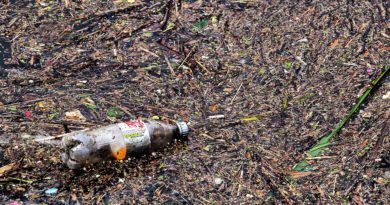 Transparency initiative by the top brands

Coca-Cola and 30 other international companies are launching campaigns. For the first time they have revealed how much plastic they 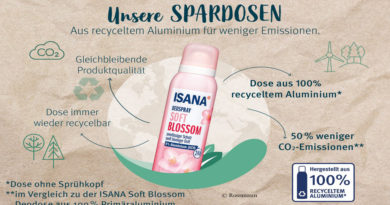 Record sales in its anniversary year: drugstore retailer Rossmann can look back on a successful year. According to the company, the use of sustainable packaging has also risen sharply. 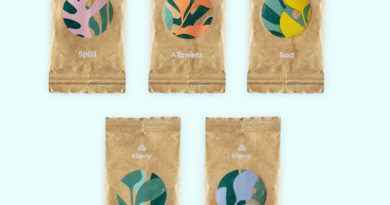 From Makeup to Fertilizer: Sappi Packs it Sustainably

Sappi claims to be the world’s first manufacturer to produce an innovative packaging paper with integrated barrier function and sealing properties. Since then, the product portfolio has grown steadily. However, Sappi is not only helping food manufacturers switch from plastic to paper packaging: The diverse applications range from makeup to fertilizers.