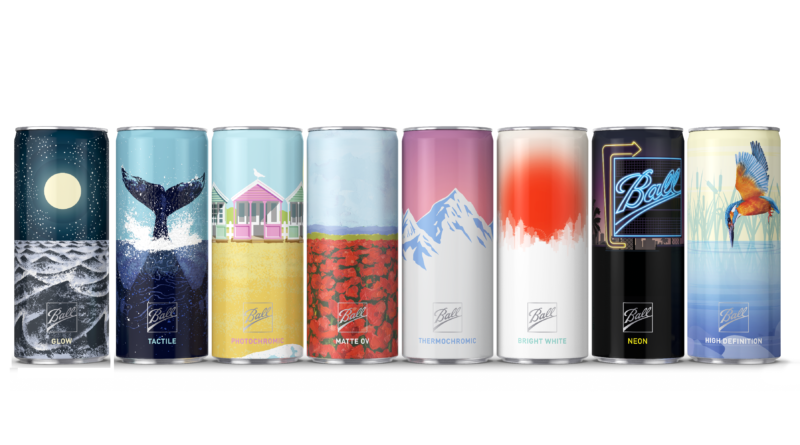 Customers are now again turning to the beverage can with pleasure and frequency. No wonder, because this packaging material offers consumers many advantages.

For Michael Korten, Director Category Beverages of the wholesaler Lekkerland Deutschland, the reasons for the upswing of the beverage can are obvious: appearance and haptics are decisive factors when buying, especially when on the move or when making spontaneous purchases, here the can can can play out its possibilities: “A colourful, cooled can simply feels good in the hand, for consumers the hiss when opening is an epitome of freshness.

This effect is also used by manufacturers who have not previously been associated with beverage cans: Capri-Sun and Ahoj-Brause. While Ahoj has been offering its ready-mixed lemonade with the flavours lemon, orange, cherry, raspberry and woodruff in a beverage can for two years now, Capri-Sun has only recently launched it. “Capri-Sun & Bubbles” is the name of the carbonated drink now available in a 330-milliliter slim can with orange and raspberry flavor – just in time for the brand’s 50th birthday.

It is these carbonated beverages that are most often filled in cans – carbon dioxide provides pressure and stability. Beer and cola beverages have the largest market share. Coca-Cola, the nation’s largest soft drink bottler (3.9 billion litres in 2017), has almost doubled its can volume over the last five years, according to the company, with a very stable can portfolio.

By making Lidl and Netto the first discounters to bring canned beer back onto the shelves in 2010 – beer in non-refillable PET bottles had sold even worse than the proverbial sour beer – Lidl was able to attract new groups of buyers and further increase sales. Of the 2.85 billion beverage cans consumed in 2017, 37 percent were filled with beer. Despite this high share, Lekkerland continues to record annual sales increases for beer cans in the high single-digit percentage range. “Here regional brands are also increasingly using cans as packaging”, Lekkerland manager Korten observed.

Stephan Rösgen from the Beverage Can Forum considers craft beers to be one of the biggest growth drivers within the beer market. Especially for microbreweries and start-ups, the mostly classic 330-milliliter can is ideal because it can be supplied in relatively small quantities. “This cooperation is very gratifying and leads to a significant increase in the range of different craft beers on offer. At Krombacher, the bottler of beer as well as Schweppes, Dr. Pepper and Fassbrause, the proportion of cans is now around 10 percent again. Krombacher Pils is even the market leader in the 0.5-litre can segment, according to the company. The can segment is growing nationally across all distribution channels, and sales in all relevant distribution channels continue to develop very dynamically, especially for the varieties Radler and Alkoholfrei. In April 2018, the company commissioned a can filling plant on its own premises in Krombach and sees great potential in marketing: “For us as branded companies, the new possibilities for individualising the appearance of cans are an interesting development,” the company says.

Matt or glittering top coats, high-resolution images or colours that become visible under sunlight or when the temperature changes – these are the finishing options that companies like Ball use to make cans more attractive. If DayGlo is used, which uses bright colours, intensive colour reflections are triggered, with or without UV light. Digital technologies integrated into the design of beverage cans can be harnessed via the smartphone. In addition to QR codes and icons, Digimarc now also makes it possible to integrate an invisible barcode into the regular brand design and activate additional interactive content. Anyone who appreciates high volumes and variants will like Ball’s “Dynamark” printing technology: During a production run, the cans of a brand are printed with up to 24 different variants of a design at the usual high speed. Companies with a young target group offer such design innovations strong new marketing opportunities.

Energy drinks are the mainstay of the beverage can market

Tins and design have also made the traditional apple wine “trendy” again. “Bembel with Care” from Birkenau in the Odenwald region of Germany sold 9.3 million cans of pure apple wine in 2017, sprayed and mixed. Founded in 2007, the company exports its “Äppler”, bottled in gold, red, silver and black 0.5-litre cans, to Russia, China and the USA, among other countries. But that’s not all. There is also wine and alcoholic mixed drinks in cans. Prosecco is often found in slim cans of 250 millilitres, coffee drinks in small containers of 150, 200 or 237 millilitres and Ball’s King Can can hold 750 or 1000 millilitres respectively.

Energy drinks are the supporting pillars in the can area. This is also due to Red Bull. For the former Managing Director of Ball Packaging, Wolfgang Hinkel, the brand plays a major role in the fact that there are still beverage cans at all. When the trade discontinued it on 1 October 2003, Red Bull and the can manufacturers installed their own take-back system. “Without Red Bull and the P system, the beverage can would have disappeared from the German market at that time,” says Hinkel. In the market for energy drinks, Red Bull has paved the way for the can – PET bottles, which were initially still frequently used by other brands, have now largely been replaced. 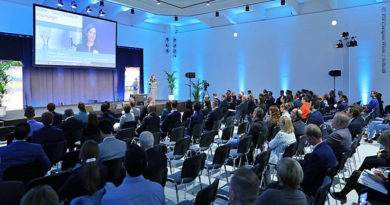 At the third “Österreichischer Verpackungstag” (Austrian Day of Packaging) organized by the FH Campus Wien, the focus was on the challenges of recycling-friendly packaging design. The international packaging design guideline presented for this purpose provides uniform recommendations for the industry. 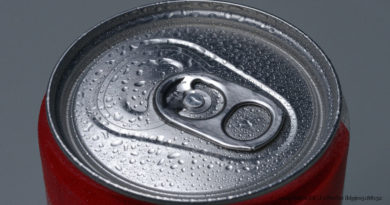 A study commissioned by the International Aluminium Institute (IAI) on the recycling of three beverage packaging materials – aluminum, glass, and plastic (PET) – shows that aluminum cans contribute the most to the circular economy internationally. 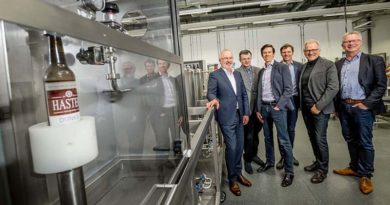 Cross-linking of Research and Practice

How can food be produced more sustainably? And what role will packaging play in the future? The “Food Future Lab” of the University of Osnabrück/Campus Haste wants to answer questions like these in close cooperation with practical experience.

Packaging is a current topic in the confectionery industry