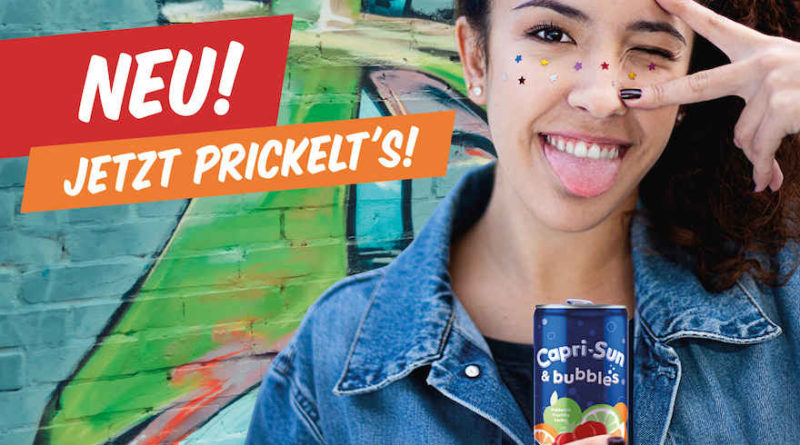 Germany’s traditional Capri-Sun brand is striking out along a completely new path. Since March it has been available in two flavours in a slim can.

The beverage can is celebrating an impressive comeback. A recent example of this is the fact that a beverage brand nobody would have expected to see in a can is now available in this form – Capri-Sun. The company took its 50th anniversary as an occasion to launch the product “Capri-Sun & Bubbles” in a 330 mm slim can. The carbonated drink is sold in two flavours – orange and raspberry. The new product is designed to appeal primarily to teenagers and young adults who like the typical Capri Sun taste and prefer carbonated beverages. The two flavours have been carefully selected. While orange is a true classic and appeals to the broad mass of lemonade buyers, raspberry is regarded as a trendy flavour and is intended above all to motivate customers eager to try out something new to buy.

So far, “Capri-Sun & Bubbles” has only been available in food retail stores and out-of-home outlets such as filling stations and kiosks. However, this is set to change already next year. Then the trendy beverage cans will also be on sale everywhere where Capri-Sun is already available today. The only difference is that “Capri-Sun & Bubbles” will not be placed on the drinks shelf, but instead by the lemonades. In order to attract customer attention to the new product line, Capri-Sun is supporting the trade with a range of promotional materials. These include eye-catching displays as well as hexagonal trays – both in the typical Capri-Sun dark blue. At filling stations, customers are attracted by extensive outdoor advertising and eye-catching wobblers in the refrigerated section. 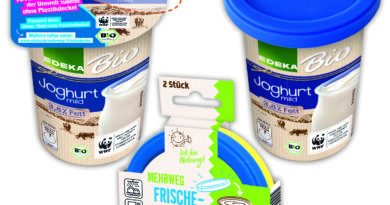 In future, the Edeka Group will be dispensing with the usual plastic lids for many of its private label dairy

With immediate effect, distributors of packaging have the option of labeling their packaging with separation instructions. 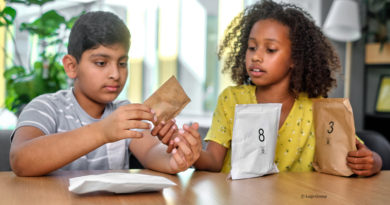 The Danish Lego Group plans to phase out single-use plastic bags. The company has also announced that it will invest up to 400 million US dollars in sustainability and social responsibility initiatives within three years.