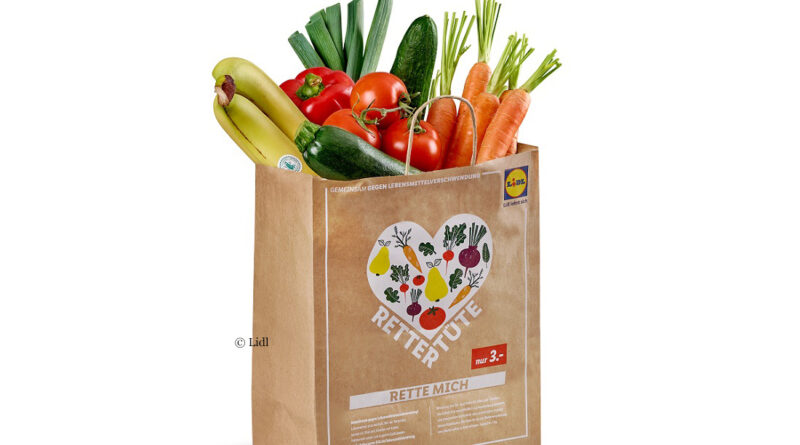 The discounter Lidl is now offering fruit and vegetables the packaging of which has been damaged or which no longer look perfect on the outside at a standard price of three euros per bag. With the “rescue bag”, the Schwarz Group company wants to take action against food waste.

According to the Federal Statistical Office, around eleven million tons of food end up in the trash in Germany every year. Although retail accounts for a smaller share (seven percent) than private households (59 percent), many losses could also be avoided there, explains discounter Lidl. Against this backdrop, the company is introducing the “Savior Bag” throughout Germany as part of its “Rescue Me” concept: the bag gives fruit and vegetable products that are outwardly less perfect but fit for consumption a second chance at the discounted unit price of three euros per bag.

The bag, which weighs up to five kilograms, contains various types of fruit and vegetables. These include items the packaging of which has been damaged or only individual products need to be sorted out. The rollout will take place in all 3,200 Lidl stores in Germany following a successful pilot phase in one regional company, Lidl says. In this way, Lidl and its customers are making a joint commitment to combating food waste. For the non-profit “Tafeln”, however, the discounter remains a partner that donates goods.

“With the holistic ‘Rescue Me’ concept and the Rescue Bag, we want to work with our customers to specifically save food. Particularly in the case of fruit and vegetables, losses can quickly occur, which we reduce by offering less perfect products at steep discounts. Food belongs on the plate and not in the garbage can. Every piece of food that is not thrown away is a success for us, the environment, and the climate. With the Rescue Nag, we are creating another building block for our sustainability strategy in addition to giving food to the food banks,” says Christian Härtnagel, CEO of Lidl in Germany. 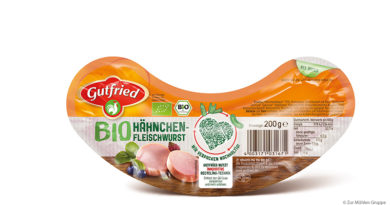 For the Gutfried brand, the Zur Mühlen Group, together with BASF, Sabic and Südpack, is using innovative recycling technologies to spice up the sustainability image of plastic packaging. Chemical recycling is intended to save fossil raw materials. 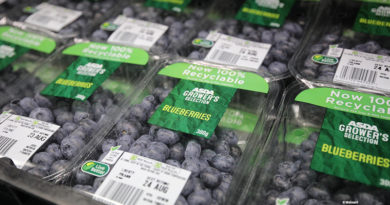 The British supermarket chain Asda is launching a new, 100 percent recyclable blueberry peel. The packaging concept is also to be extended to other products such as grapes and tomatoes.

Aldi Süd is testing the sale of mineral water and beer in returnable bottles at the regional subsidiaries in Bingen and Eschweiler. In each case, the favourite varieties of the respective region are offered.