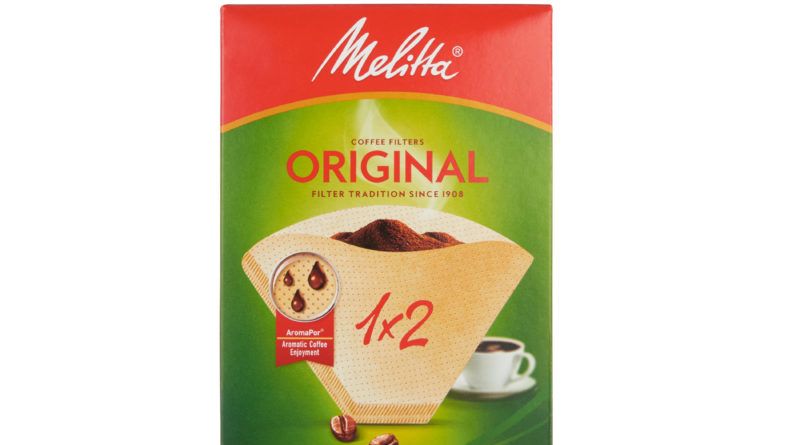 The “Melitta” brand is 111 years old – and remains true to its classic design to this day. During the 22nd German Packaging Dialogue on November 7, organized by the German Packaging Museum in Heidelberg, the filter bag manufacturer received the “Packaging of the Year” award.

With its filter bags, “Melitta” has established a worldwide standard. And a classic of international packaging design that has lost none of its radiance in the 111th year of the brand’s existence,” explained the jury. With this award, the jury acknowledges both the quality of the historical brand design and the courage to be self-similar that has been demonstrated over decades. The consistent validity of the design language, which continues to be used without compromise or cutbacks, is impressive.

Worldwide, Germany is regarded as the motherland of classic filter coffee. Exactly 111 years ago, Melitta Bentz (1873-1950), a 35-year-old housewife and mother, was looking for an efficient method of making coffee. To get rid of the annoying coffee grounds, she experimented with blotting paper sheets taken from her children’s exercise books. The filter was initially replaced by an ordinary tin can, the bottom of which she had perforated with nails. The coffee tasted so good that the simple technique met with great popularity among her friends. Melitta Bentz therefore decided to market her idea and had the technology patented.

On 20 June 1908, the Imperial Patent Office granted her utility model protection for her round filter with prefabricated filter paper. Thus Melitta Bentz was able to register the company “M. Bentz” with a narrow equity of 72 Pfennigen in the commercial register of her hometown Dresden. The husband of the young entrepreneur, Johannes Emil Hugo Bentz, was employed in a department store in Dresden as department head until he became self-employed in 1906. That he was infected by the idea of his emancipated wife was not a matter of course at the time. Together with his sons Willy and Horst, he was one of the first employees of the young “start-up” company, as we would call it today.

When the much-acclaimed “International Hygiene Exhibition” was held in Dresden in 1911, of all places, the filter was able to win gold and silver medals of honour here (as at the show of the Saxon Innkeepers’ Association). The idea had established itself. And the business grew so quickly that the small four-room apartment in Dresden, where the family lived and worked, had to be abandoned by 1914. Not even the World War, in which Melitta’s husband was called to the front, was able to stop the economic success. When coffee became a scarce commodity, the businesswoman kept her head above water by making cardboard boxes. When no suitable production facilities were available in Dresden, the company moved to Minden in East Westphalia in 1929.

In the course of the past 111 years, the “Melitta” brand has decisively shaped, determined and changed the appearance of the coffee filter. A wide variety of porcelain, ceramic and metal models were developed here and launched onto the market. The filter paper has also undergone continuous further development and has become a globally marketed brand that has established itself as the standard. It is thanks to the company’s clever business policy that the recognition of “Melitta” filter bags has always been a priority. The market presence was therefore sustainable and highly consistent.

From the outset, the innovative product had entered the market as a genuine branded article whose “self-similarity”, as the experts call it, testified to exemplary persistence. The combination of red and green had shaped the iconic brand from its earliest beginnings. To this day, the brand image of this classic brand has developed only in nuances and under very careful management. The green background of the packaging body was never abandoned. The red brand label was able to develop from a wraparound sleeve in contrasting colours, which we encountered for the first time in a design from 1925. 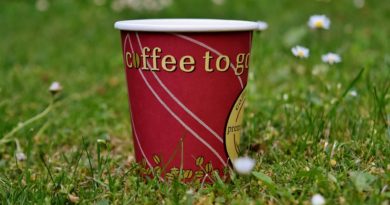 A plastic spoon in ice cream or a polystyrene clamshell from a food delivery service: 42 per cent of Germans 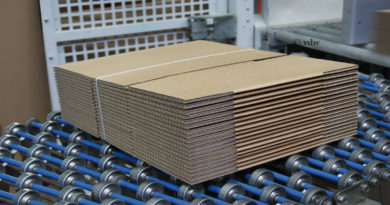 The corrugated board industry is facing extreme hardship due to rapid price increases in the energy sector and impending shortages of raw materials, explains the Association of the Corrugated Board Industry. Even before the war broke out, the market situation had been tense and for months the cost pressure had been higher than ever. 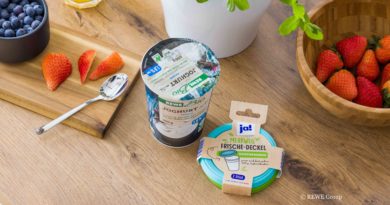 Less plastic waste again, in this case no less than 69 tons per year: Rewe is dispensing with the additional plastic lid on certain private label cups. As an alternative, reusable lids made of platinum silicone will be available for purchase.