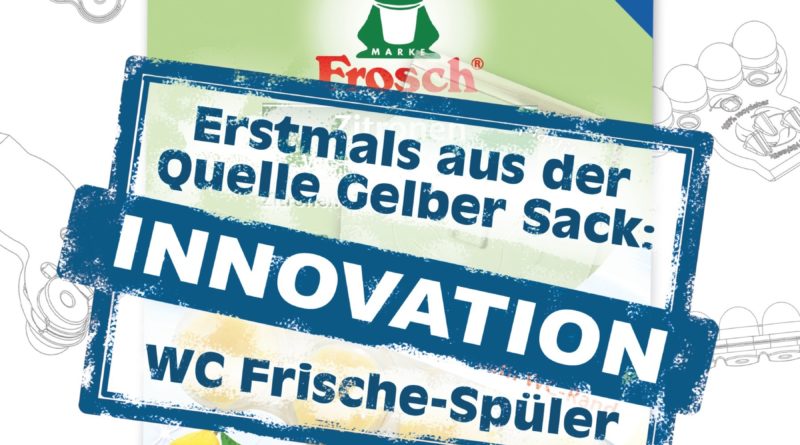 PET trays, that were barely recyclable in the past, are now being recycled for the first time. “Frosch” cleaning agent manufacturer Werner und Mertz is now using materials from the yellow rubbish bag for its toilet flush fragrance products.

PET trays, known in the trade as trays made from PET film, are often used as packaging for foodstuffs such as fruit and vegetables, or cheese and sausage products. Although this means that a large number of PET trays end up in the yellow rubbish bag, PET trays have been mainly incinerated so far. Recycling is considered to be difficult and there is so far hardly any demand for the resulting secondary raw materials. This is because PET trays do not always consist of just a single material, but instead are often so-called multilayer packagings, which due to their plastic complexity have a negative impact on the colour and transparency of the secondary raw materials and are therefore difficult or even impossible to recycle.

The detergent manufacturer Werner & Mertz (“Frosch”) now wants to use these recycled PET trays. Werner & Mertz’s toilet flush fragrance products currently consist of 100 percent waste plastic made from PET bottles. As a partner in cooperation, “Der Grüne Punkt” (the Green Dot) is taking a new approach to material recovery. Up to now, monolayer PET packaging was not separated from multilayer packaging and the sorting fraction was thermally recycled. The Green Dot, on the other hand, automatically separates the various packages at product level in several sorting cascades , so that a high-quality PET tray fraction is produced. This fraction is then processed into flakes and re-sorted.

“We are eager to see how further trials proceed and are already looking forward to introducing the toilet rim basket made from recycled PET trays to the market and so once again demonstrating that as a sustainability pioneer we are using all the possibilities of recycling,” says Immo Sander, Head of Packaging Development at Werner & Mertz. With this project, the partners in cooperation are implementing the requirements of the new Packaging Act. This is because the new Packaging Act, which entered into force on 1 January 2019, stipulates higher recycling quotas.

” In collaboration with Werner & Mertz, we have once again succeeded in closing the cycle for a recyclable material that was hitherto unavailable for recycling ” says Dr. Markus Helftewes, Managing Director of Der Grüne Punkt. Dannemann Global Extrusion then produces the raw films directly from the flakes and Berner Kunststofftechnik then uses these films to form the toilet rim baskets. “As a plastics manufacturer, we are particularly challenged in this case and are delighted to be playing an active and pioneering role in the field of recycling,” explains Philipp Brandt, Head of Sales at the two sister companies. “The preparation and processing of bottle flakes is widespread and state-of-the-art. The further processing of the PET fraction from household waste forced a rethink so that we can offer consistently high quality here as well. This is exactly what we have now achieved.” The toilet rim basket does not only consist of PET trays, but also falls into this category itself and is completely recyclable after use – so theoretically the toilet rim basket can always become a new toilet rim basket. (tray-to-tray recycling). 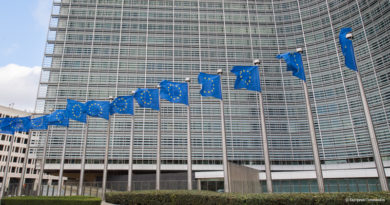 Chemicals are a critical, but often overlooked, factor of success for a circular economy. 96% of all products on European markets, from food to medical treatments, from buildings to consumer electronics, rely on chemicals, so this shouldn’t come as a surprise. But what does circularity mean for the future of the chemicals industry? 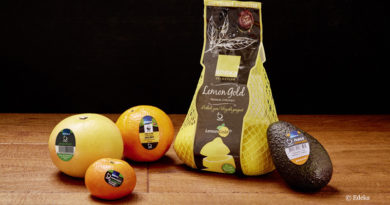 More Fruits in a Protective Coating

Consequence of the Crisis: A Run on the Can

Trend Coffee from the Can