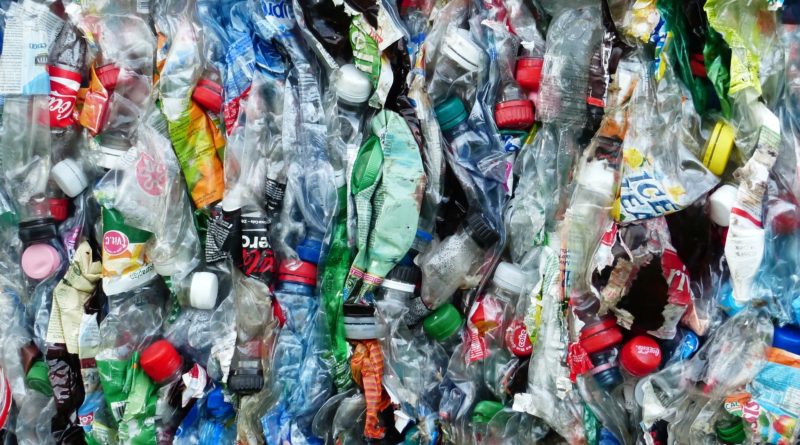 The Germans are among the largest producers of plastic waste in Europe. This is stated in the critical “Plastikatlas 2019” published by the Heinrich Böll Foundation and Friends of the Earth Germany (BUND).

In 2016, Germans generated an average of 38 kilograms of plastic waste per capita, significantly more than the EU average of 24 kilograms. Within the EU, plastics consumption was only higher in Luxembourg with 50.5 kilograms per capita, Ireland (46.2) and Estonia (42.2). In their recently published “Plastikatlas 2019” BUND and the Heinrich Böll Foundation, which is politically close to the Greens, point out the environmental impact of plastics. Between 1950 and 2015, 8.3 billion tons of plastic were produced worldwide, more than one ton per person living on earth today. Disposable products and packaging account for the lion’s share.

“Plastic is a global problem that concerns us all,” explains BUND chairman Hubert Weiger. BUND is calling for a plastic revolution, with bans on harmful substances and microplastics and the fight against plastic waste. “Germany is one of the largest locations for plastics producers and processors in Europe. Compared to its size, Germany thus bears a considerable responsibility for global plastic pollution. More than 60 per cent of the packaging waste collected in Germany is incinerated.” Weiger notes that Germany boasts of being the recycling world champion, but in reality, he says, “Only just under 38 per cent of our plastic waste is actually recycled. And the scandal is that plastic is designated recycled when it is exported. Following the maxim ‘out of sight, out of mind’, we and other industrialised countries export our plastic waste to third countries, which merely shifts the problem geographically. We should be pioneers instead of shuffling off our responsibilities.”

Officially, the recycling rates in Germany are relatively high, with a reported 45 per cent in 2016. “However, these are deceptive in that they only refer to delivery to a recycling company and not to the real recycled output. Taking the total quantity of used plastic products – what the experts call ‘postconsumer’ – as a basis, only about 15.6 per cent is processed into recycled material in Germany. According to Plastikatlas, “7.8 per cent is comparable to new plastic”, which in turn accounts for 2.8 percent of the plastic products processed in Germany. “You can hardly describe this as a circular economy. Manufacturers prefer to use new plastic for their products rather than inferior recyclate. The low price of new plastic and the expensive sorting and processing of used plastic in Europe has led to the fact that a large part of plastic waste is shipped overseas.”

Once there, for example in Asian countries, it has ecological, social and health impacts. “The se countries do not have the necessary infrastructure to cope with our mountains of rubbish. The waste is often incinerated in an uncontrolled manner or ends up in landfills and the environment. Many people are living in squalor while we carry on consuming plastic products without a care,” says Weiger. BUND and the Heinrich Böll Foundation are calling on politicians above all to reduce the production and consumption of plastic. “In addition to laws on consumption, the manufacturers and petrochemical industry in particular must now be held accountable.” The organisations also point to a representative Forsa survey, according to which German consumers are clear about the responsibility of manufacturers of plastic articles: 83 per cent of respondents are in favour of levies on plastic products borne by the manufacturers.

“Everybody is talking about plastic. That’s a good thing. But we have an incomplete and distorted picture of who and what is causing the global plastics crisis and how we need to tackle it. Bans on straws, disposable cups and bags are a first step, but they will not end one of the biggest environmental crises affecting the entire planet,” says Barbara Unmüssig, President of the Heinrich Böll Foundation. “Few people are aware that plastics were originally a waste product of the petrochemical industry. Even today, ExxonMobil, BASF, Eni, INEOS, and Dow are the largest plastics producers in the world. They dominate the global market with total sales of almost EUR 420 billion and plan to further expand production in the next few years – not least as an alternative strategy if the turnaround in energy and mobility accelerates. The mass availability of cheap plastic raw materials such as crude oil and natural gas is also the reason why recycling is virtually non-existent and the recycling economy isn’t making any headway in the plastics industry. Any strategy to overcome the plastics crisis has to start with politicians holding the major plastic and consumer goods groups accountable,” Unmüssig concludes. 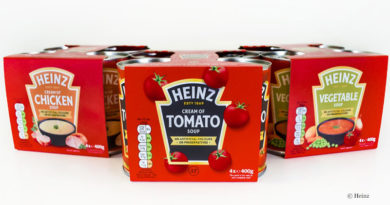 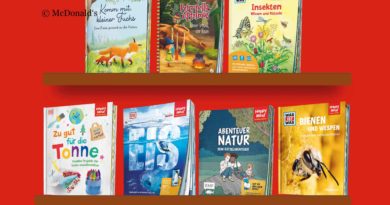 Cups become books: in the current Happy Meal promotion by McDonald’s Germany, the books are made of 40 percent recycled cup material. With this recycling pilot project, the company wants to help promote closed-loop recycling. 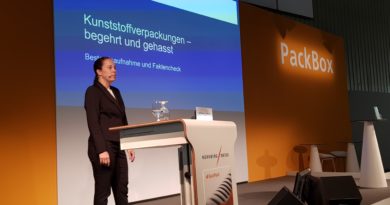 All against plastic – this is how the public debate about plastic bags, foil-packed cucumbers and plastic waste often works

“Packaging Industry at a Turning Point”