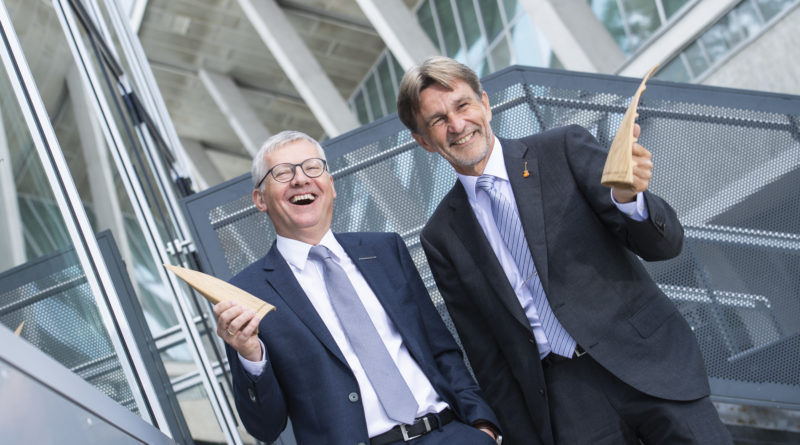 Klaus Feichtinger and Manfred Hackl are the winners of the European Inventor Award 2019 in the Industry category. The two Austrians have developed a process for improved plastics recycling.

The idea with which the two Austrian inventors and managing directors Klaus Feichtinger and Manfred Hackl so to speak reinvented the recycling of plastics began as a simple drawing. Thanks to their patented counter-current technology, a much broader range of widely differing plastic wastes can now be processed into regranulate. Industry is turning this back into plastics that are indistinguishable from new plastics. Plastic recycling is intricate and time-consuming. The separation of plastics from other wastes can take quite a long time. In order to obtain recyclable material, a separate procedure is required for each type of plastic. Feichtinger and Hackl have developed a new technology that enables plastics to be sorted and separated efficiently. This means less waste and more recycled material for production, explains the European Patent Office, which awarded the two Linz-based inventors the European Inventor Award 2019 in the Industry category. Their recycling machines can be as big as buses. In these machines the plastic waste is moved, sorted and filtered. The result is a high-quality regranulate that is used to manufacture new products.

The innovative “counter-current technology” from Feichtinger and Hackl plays a key role here.  In this process, the waste material is fed into an extruder and moved in the opposite direction to that of the extruder screw. This can be imagined as extracting water from a river by holding a beaker into the water against the direction of flow. In this way, the material can be processed faster than was previously possible, and it can also be processed at lower temperatures. This technology, which was born from an idea that Feichtinger initially only sketched out hurriedly, is an essential element of the two inventors’ recycling machinery. It is protected by several European patents.

Feichtinger and Hackl work as managing directors at EREMA. The company, based in Ansfelden, Austria, was founded in 1983 and is now the world market leader in plastics recycling machines. Its machines are used in 108 countries. Feichtinger and Hackl have made it their task to support companies in using processes that contribute to the recycling economy.

The value of the global market for plastics recycling was quantified at almost EUR 32 billion in 2017. Annual growth of around 6.5 percent is expected to take this to a total value of almost EUR 50 billion by 2024 . In the EU, all plastic packaging placed on the market here must be recyclable by the year 2030. This is to drastically reduce the need for new plastic. On the basis of these developments, beverage manufacturers and other industries are investing in efficient recycling technologies, such as those from Feichtinger and Hackl. 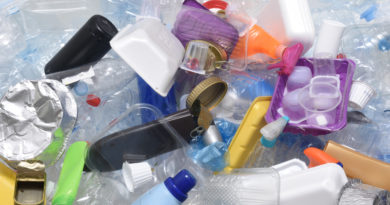 “Made for Recycling” is the name of a new Interseroh test procedure for evaluating the recyclability of packaging. As an 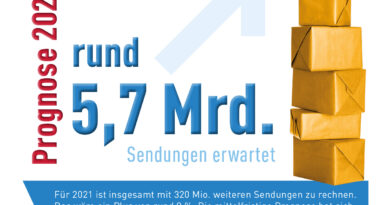 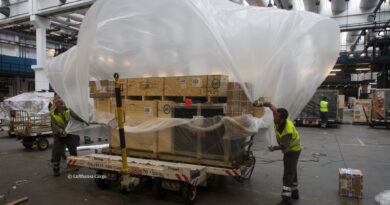 With a new recycled plastic film, Lufthansa Cargo aims to reduce overall consumption of the films needed to protect cargo.