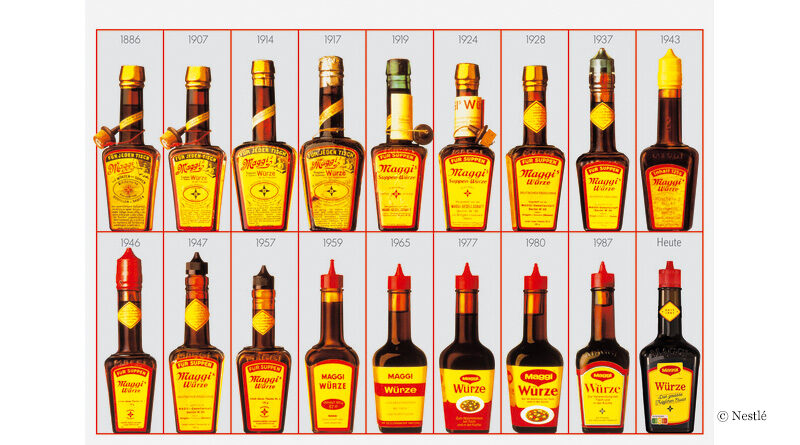 The history of Maggi in Germany officially began on August 17, 1897. The brand’s success includes characteristic packaging. These are now to become even more sustainable.

The history of Maggi goes back a long way: as early as 1872, Julius Maggi of Switzerland founded the company J. Maggi & Cie. The company’s founder was a visionary: his product ideas were intended to provide an answer to one of the biggest problems of the industrialization era, namely malnutrition. After the first nutritious legume flour, he launched a ready-to-cook Maggi soup made from pea and bean flour, as well as soup seasoning and soup, sauce and meat stock cubes. Demand grew. And the Swiss company founder also wanted to expand in Germany. Maggi made its start back in 1887 with a handful of employees in Singen on Lake Constance. However, the pioneering team did not yet produce anything itself, but initially only bottled the “Maggi Würze” and shipped it by rail to all regions of Germany.

On August 17, 1897, the company founder also had his company in Singen entered in the commercial register. The Maggi plant in Singen already employed around 450 people in 1900. Today, the site is Germany’s largest plant, with a team of around 550. And the Maggi food brand, which has long belonged to Nestlé, offers a wide variety of little “helpers” in the kitchen to make every-day cooking easier. There are more than 450 products from the food manufacturer in German supermarkets.

The brand’s successful concept also includes its packaging – especially, of course, the characteristic glass bottle of “Maggi Würze”. According to Nestlé, the Singen plant team put it on a glass diet for its anniversary and reduced the weight of the 1,000-gram bottle. Less packaging reduces CO2 emissions during production and transport. The Singen factory team packs finished pallets with a shrink film made half from recyclates, a joint development with Grüner Punkt.

Changes are also in store for other Maggi packaging. Starting in the fall, “Maggi Für Genießer Suppen” and “Maggi Guten Appetit Suppen” will come off the production line in a new look. In the case of the soup sachets, the previous composite film will be replaced by mono-material, allowing them to be recycled via the yellow garbage can. In the coming year, the remaining products in the bags, such as “Maggi Fix”, will also be converted. 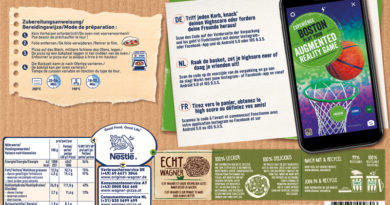 Whether Smarties, Wagner or Nesquik: Nestlé is increasingly using “augmented reality”, especially to anchor brands with younger target groups. In this context, packaging is an important contact point for the distribution of content. 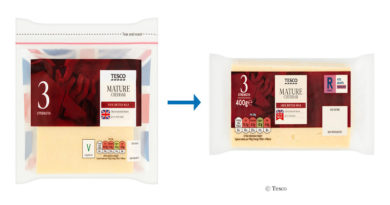 The British retail chain Tesco wants to use a new concept to save 260 tons of plastic per year on packaging for its own label hard cheeses. The packaging of fresh chicken will also be changed. 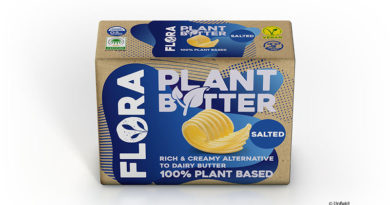 Upfield plans to successively introduce CO2 labelling on 100 million packages of its vegetable spreads, margarines, vegetable butter and vegetable creams. The project is expected to be completed by the end of 2021, enabling consumers to make an informed choice.

Cap and Bottle Are Now Inseparable