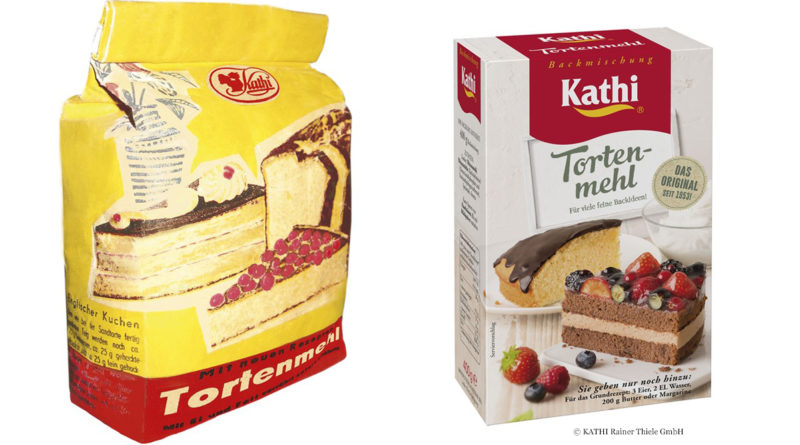 The German Packaging Museum’s “Packaging of the Year” award goes to a brand icon from Eastern Germany: “Kathi Tortenmehl”. The product is presented in a design that is simultaneously modern and classic.

The company “Kathi – Nährmittelfabrik Kurt Thiele” began in a garage in Halle (Saale). The baker Kaethe Thiele, whose initials explain the brand name “Kathi,” may be considered the inventor of the baking mix. She came from a family of bakers – her husband Kurt had founded a wholesale business for bakery supplies in 1936, the year of their marriage, and initially primarily undertook the distribution of the products she had developed. Necessity was the mother of invention: the experience of everyday life in the GDR made the founder aware of the hardships of housewives in the economy of scarcity. The ingredients needed for a cake were therefore immediately portioned to the required quantity and bundled as a baking mix. The “certainty of success” later developed into the modern concept of “convenience”.

The cake flour was the first baking mix for the end consumer on the German market. In 1953, the packaging already featured formative design elements that can still be found today. Over the years, the logo “Koche und backe mit Kathi” (Cook and bake with Kathi) has become a red branded tab in the upper center of the package. In GDR times, the logo was greatly reduced in size, but today it is once again in the center of the package. The pack illustration is still dominated by the finished product of the baking mix – then as now, the various possible uses of the cake flour as a cake base or sand cake can be found on the front of the packaging. The corporate color red plays a dominant role. To this day, the brand identity of this traditional brand has evolved under very careful management, while retaining its roots in an appreciative manner. In its citation, the jury stated, “What is impressive is the consistent validity of the design language, which continues to be used without compromise.” 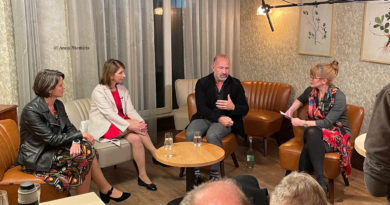 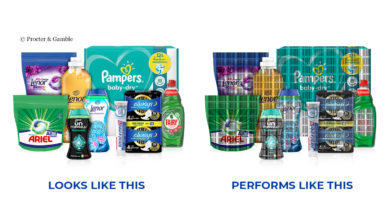 Consumer goods company Procter & Gamble is preparing more than 100 products with digital watermarks for the national test market in Germany. The announcement was made by Gian de Belder, technical director of packaging development at Procter & Gamble, at FACHPACK. 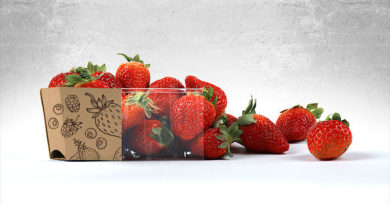 Search for Criteria for Sustainable Packaging

Whether for portioning, transport and or protection – packaging ensures a sufficient and hygienic supply of food. But how does one evaluate sustainable packaging?

Recycling possible in the pharmaceutical industry

As natural as a phone call