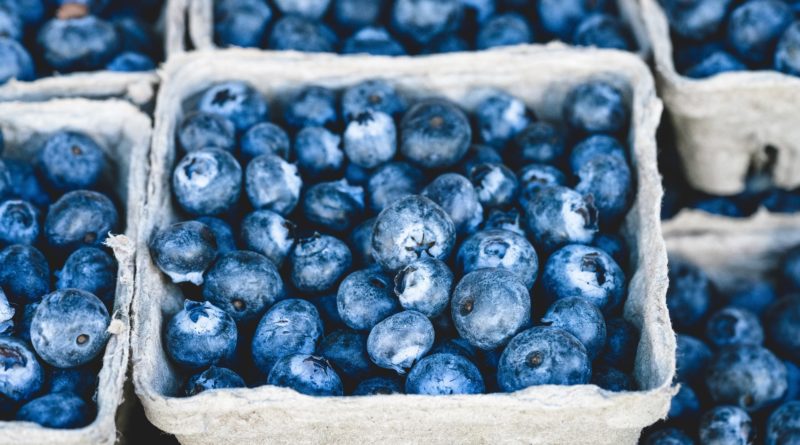 Everyone is talking about food safety. How do I avoid impurities in products? How do I check my goods? These are routine tasks for the packaging, food and consumer goods industries. However, legal requirements and new research developments have a constant influence on this topic.

Under the slogan “EU and My Food”, the European Food Safety Authority (EFSA) is describing the food safety system in the EU in a new campaign (from summer 2019). Its standards are the highest in international comparison.  As EFSA’s central national contact point in Germany, the Federal Institute for Risk Assessment (BfR) is also represented in the campaign with publications on current challenges such as antibiotic resistance and microplastics in food. “Food safety is one of the most urgent tasks of consumer protection,” says BfR President Professor Dr. Dr. Andreas Hensel. The Federal Office of Consumer Protection and Food Safety (BVL) and the European Commission, for example, are organising an international conference on online food trade in Berlin from 24 to 26 June in order to bring all relevant stakeholders together.

The recall campaigns of food manufacturers, which are reported almost daily, confirm the awareness of product manufacturers from the food and packaging industry for the topic of food safety. Each food scandal is a high image damage for the enterprise, explains an expert, who advises mark manufacturers. No company wants to risk the whole reputation being ruined by the wrong batch. “It is better to recall one product too many times. This also shows that food safety is taken seriously.”

At the International Trade Fair for the Meat Industry, companies presented systems for avoiding contamination. Mesutronic, for example, presented metal detectors and separators for the meat processing and food industries. Metal contaminants are the most common form of food contamination, explains Karl-Heinz Dürrmeier, Managing Director of Mesutronic. For the examination of packaged products, an X-ray machine was developed which is used in the food industry.

The system detects metallic and non-metallic impurities such as glass, stones or plastics using an imaging process – X-ray technology. The examination is automatically recorded by the system. The hygienic design of the machines prevents the accumulation of liquids and product residues and thus inhibits germ growth.

Without metal detectors, but also without the usual complex measuring procedures, such as the use of headspace gas analyzers, a new control system can be created that is not yet on the market. A new sensor system developed by scientists at the Leibniz Institute of Agricultural Engineering and Bioeconomics automatically and continuously measures the oxygen consumption and carbon dioxide production of fresh products in the warehouse or packaging. Dr. Pramod Mahajan, who developed the measuring ball with his team, explains that talks are currently underway with companies interested in selling the sensor. The test phase has not yet been completed.

Breathing is what counts

The degradation of valuable ingredients from fruit and vegetables, such as sugar and organic acids, can be slowed down by controlling the temperature, oxygen and carbon dioxide concentration during storage in gas-tight storage rooms. An indicator of the speed of the degradation processes is the respiration rate, calculated from the oxygen consumption or carbon dioxide release of the products per time unit. Monitoring the respiration rate of stored products provides valuable information for controlling the storage atmosphere and also for developing optimized packaging designs.

With a diameter of 88 millimeters and a weight of almost 200 grams, the modular respiration measuring sphere is about the size of an apple. It contains an oxygen sensor (measuring range 0 to 25 percent) as well as two carbon dioxide sensors for measurements in the low (up to 0.5 percent) and high (up to 5 percent) carbon dioxide concentration range. The system also measures temperature and relative humidity. Air can flow through the transparent plastic housing through two small opposite openings. Measurements can be taken at intervals of 1 to 60 minutes. The data can be transmitted wirelessly or can be stored internally thanks to low power consumption, for example up to 100 days with a measuring interval of 5 minutes. The system has been successfully tested in extensive storage trials with strawberries. 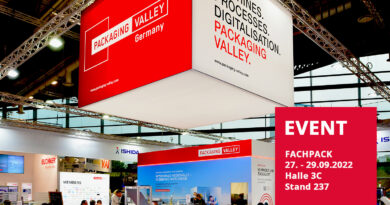 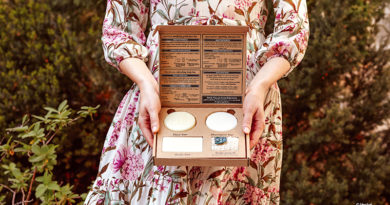 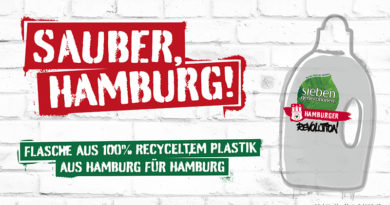 In the end, Unilever’s recycled material will be used to produce a detergent bottle from 100 percent recycled plastic: an initiative unites five partners in Hamburg and shows how a recycling cycle can function regionally.

Money is Not Everything