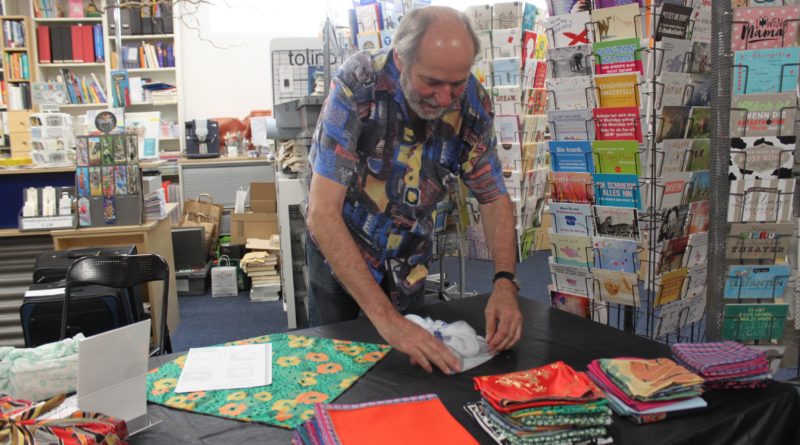 Using the Japanese folding technique, reusable packaging can be folded from wrapping cloths (Furoshiki). The tradition is becoming a trend. The Japanese government has called upon the Japanese to use Furoshiki instead of plastic bags.

There are already Furoshiki workshops in Germany, but so far they are more likely to be attended by fans of self-made products. Yet the cloths could be used even more in this country too as environmentally friendly packaging.

Furoshiki is a square cloth made of high-quality fabric. In Japan, Furoshikis were traditionally used as packaging cloths or carrier bags and artfully closed using various knotting techniques. For example, the sword, which was used symbolically during the enthronement of the Japanese emperor Naruhito in May 2019, was packed in a Furoshiki.

In Japan as well, the use of Furoshiki has long since become adapted to changes in lifestyle. For those who have mastered the knotting technique, the same cloth can serve a new purpose within minutes purely by using the simple knotting technique. The Japanese cloth can be used for many purposes, both as a bag and as gift wrapping for a wide variety of goods. It always depends on the right knot so that the packed item can be transported. Traditionally, Furoshikis are made of chirimen fabric. This is a fabric that is often referred to as silk crepe. This silk fabric is made using a special weaving technique that originated in the 16th century. The wavy structure of the surface is typical for chirimen and is created by twisting the weft thread during weaving. Today, however, other materials are also used to make Furoshiki. Even recycled plastic has been processed to create Furoshiki. Large patterns with floral or traditional motifs are typical. Some Japanese apply special folding techniques to use their Furoshiki as a backpack, and there are also shoes made of this folded fabric. Countless variations are possible, from simple folding that  meets basic transport requirements, to packing of narrow objects, right through to packing of one or even two bottles.

The tradition is being rediscovered in Japan – not least for environmental reasons. The Japanese government wants to reduce disposable packaging in the country and is campaigning for the traditional Furoshiki. For example, the Ministry of the Environment has issued a folding guide. Politicians have called on the population to use cloth instead of plastic carrier bags.

Furoshiki packaging in the Freiburg region

Furoshiki packaging is also available in Germany, although it is still rare and more likely to be found among Japan fans. The Caritas Association for the District of Emmendingen near Freiburg has launched a Furoshiki project. Edith Kulzer-Schwab, who is responsible for the women’s project at the Association, inspired a number of needlework clubs in the region with the idea of the cloth. Since then, (as of the end of June), hobby sewers have sewn more than 160 such cloths at various open and intercultural needlework clubs in Denzlingen and Emmendingen.

The fabrics can be obtained from several bookstores in the Emmendingen District for a donation of EUR 3 to EUR 5. The proceeds are to go to the “Women in Need” project of the Catholic Women’s Community of Germany. In addition, retailers there use the cloths to pack books or CDs. 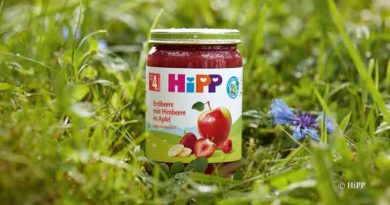 With its “Mission 2025″ baby food supplier Hipp is fine-tuning how to package the products it offers even more sustainably. And it is taking itself as a role model: by 2025, all Hipp packaging should be just as recyclable as the well-known Hipp jars. 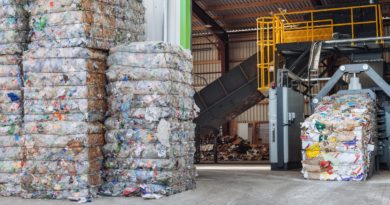 The Schwarz Group, to which the discounter Lidl belongs, wants to advance the waste disposal and recycling business. “We are 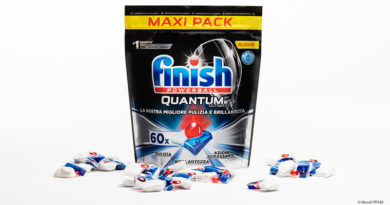 First in Italy, then in Germany and the United Kingdom, and finally around the world: the dishwasher tabs Finish Quantum Ultimate are to be packaged in recyclable plastic. The new concept follows on from the sustainability targets that the company has set itself and will be rolled out gradually.

“A successful model for sustainability“