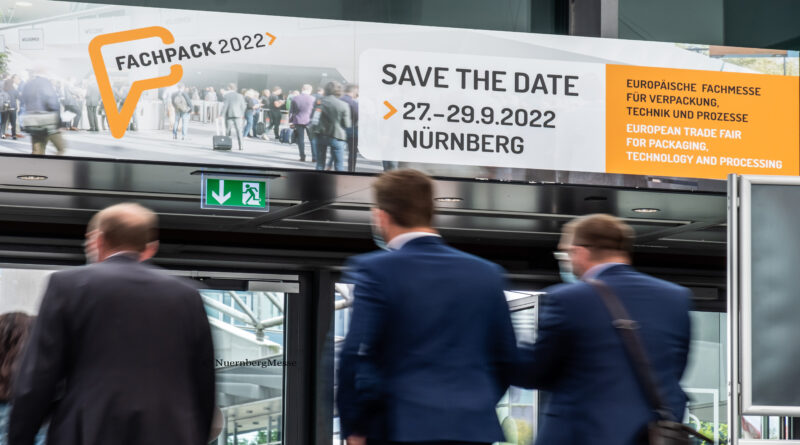 Heike Slotta, Executive Director, NürnbergMesse, described the first-time joint organization of the two trade fairs FACHPACK and POWTECH as a “great opportunity” for all the industries involved. A total of 1600 exhibitors had registered, Slotta announced during the trade press talk on July 7.

From September 27-29, 2022, the European packaging industry will meet again at FACHPACK, the trade fair for packaging, technology, and processes. More than 1100 exhibitors are expected at the Exhibition Center Nuremberg. Last year, which had more difficult starting conditions due to the Corona pandemic, 789 exhibitors came. “We are pleased that we were able to significantly increase the number of exhibitors. There are many new companies, but also major exhibitors who have rediscovered FACHPACK,” says Phillip Blass, Director FACHPACK, NürnbergMesse.

The companies, associations, and research institutions will present innovative products, machines, and solutions at their exhibition stands. This year, FACHPACK has the main theme “Transition in Packaging”, which describes the change currently taking place in the industry. This is characterized above all by greater sustainability, increasing e-commerce, and advancing digitization. The guiding theme is reflected in the trade show section, but also in the supporting program. Visitors can expect an extensive program of lectures, special shows, and awards ceremonies. This year, POWTECH, the leading international trade fair for powder, granulate, and bulk solids technologies, will be held at the same time as FACHPACK at the exhibition center. This would create additional synergies in the field of processing and packaging, explained Heike Slotta, Exektuive Director, NürnbergMesse, on Thursday during the press talk, which was held virtually. There would be a large overlap of the consumer and industrial goods industries, so that visitors and exhibitors could benefit from both exhibitions running in parallel. POWTECH had 500 exhibitors registered, Slotta reported.

“Both trade shows address users from the food and feed, chemical, pharmaceutical, plastics processing, and mechanical engineering industries, bringing together the entire value chain from process to technology to packaging in three days. Of course, visitors can attend both trade fairs with one ticket,” sayd the FACHPACK boss. FACHPACK occupies nine exhibition halls, POWTECH four. Both trade fairs would be well connected by transitions, she added. Hall 4 is a so-called mixed hall with exhibitors who have offerings for both bulk materials experts and packaging experts.

The anticipation for the program and the opportunity to meet in real life was high, Slotta said. Most exhibitors come from the countries of Germany, Austria, and Switzerland, as well as Central Europe. From Great Britain, Spain, and Turkey, however, there were also many registrations this time, she said.

Dramatic situation – but not in every industry

Winfried Batzke, Managing Director of Deutsches Verpackungsinstitut e. V. (dvi), also spoke during the trade press talk, about the problems facing the industry, however: bottlenecks in raw materials and packaging materials as well as in supply chains. “The situation is dramatic in some cases,” Batzke said. Regional and global logistics problems added to this, he said. The packaging industry was also facing these challenges, he said.

Dr. Johannes Bergmair, general secretary World Packaging Organization (WPO), agreed, adding that the energy crisis was a huge concern for the packaging industry. According to Bergmair, many companies were asking themselves whether they would be able to sustain production in the long term. Bergmair also stated that sustainability continued to be the predominant issue in the industry. He said the question was whether packaging would soon be evaluated based not only on its recyclability, but also on its energy use. “These will be exciting times,” Bergmair said.

The energy crisis and Russia sanctions have not affected the pharmaceutical industry so far, said Dr. Martin Bornhöft, office manager of Arbeitsgemeinschaft für Pharmazeutische Verfahrenstechnik e.V. (APV). Exports to Russia have even increased, he said. Russia and Ukraine had been important countries for clinical trials so far, he said, so there was a gap in this regard, however. Having said this, there were also bottlenecks in some areas of the supply chains and regarding skilled workers in the pharmaceutical industry.

This was also confirmed by Professor Dr. Arno Kwade, Head of the Institute for Particle Technology iPAT, Technical University of Braunschweig. Other experts will be speaking at the two trade shows about the challenges and current topics in the various areas of packaging, production, and processing technologies.

This is because FACHPACK sees itself as a source of impetus, and as such it is once again organizing an extensive lecture program with the PACKBOX (Hall 9) and TECHBOX (Hall 3C) forums. 9,500 participants attended both forums in 2021. The special feature: important partners of the packaging industry design the program and invite interested parties not only to listen but also to join in the discussion.

Both forums are structured according to daily topics. This year, there will again be the digital extension myFACHPACK for matchmaking and knowledge transfer. myFACHPACK extends the trade fair on site into the virtual world. Already in the run-up to the show, starting September 16, the new tool offers visitors the opportunity to network with exhibitors, partners, and speakers. During the trade fair, the program of the lecture forums PACKBOX, TECHBOX, and INNOVATIONSBOX will be streamed live on myFACHPACK and will also be available there afterwards. myFACHPACK can be used on the computer, but also mobile via an app: www.fachpack.de/myFACHPACK 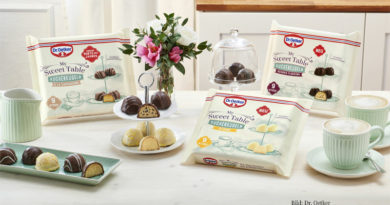 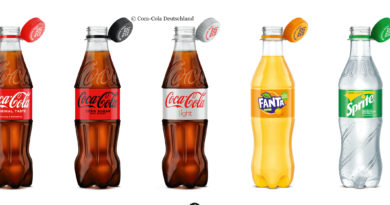 Cap and Bottle Are Now Inseparable

Fans of Fanta or Coca-Cola will increasingly notice a small but subtle change in the caps of disposable PET bottles.

The first tampons in paper packaging