50 percent fewer copies, 20 percent more sales: Apeel passed the avocado pilot test at Edeka and Netto with flying colors. The offer is now being rolled out nationwide. After approval by the EU authorities, it is to be extended to other products from the fruit and vegetable range.

Each fruit or vegetable has a natural protective skin. This keeps the product fresh. At least for a while. To prolong this period, the US company Apeel has developed a technology that allows a second plant-based protective skin to be applied to fruit and vegetables. The second protective skin slows down water loss and oxidation.

Edeka has tested the technology and found it to be good. The pilot test with Apeel ran in around 2,900 stores of Edeka and Netto Marken-Discount. Here, avocados from Chile and Peru treated with Apeel were offered in the first half of 2020. Over a period of twelve weeks, key figures such as the rate of amortization as well as sales volume and turnover values were collected and then compared with the figures of a comparable control group without Apeel products.

The results: In the fruit and vegetable departments with Apeel, a total of 50 percent fewer avocados had to be written off. In addition, there was a 20 percent increase in sales of avocados, which was also due to increased customer demand. Edeka therefore now wants to offer the longer-lasting products from Apeel in more than 11,000 Edeka and Netto stores throughout Germany. In addition, it is planned to introduce further Apeel product categories in the future. A prerequisite for this is the corresponding approval by the EU authorities.

Edeka points out that in Germany about twelve million tons of food are disposed of annually, about 75 kilograms per person. More than half of the food losses occur in private households, fruit and vegetables land most frequently in the garbage can, at 34 percent. “With the nationwide introduction of Apeel in our stores, we are reaching a new milestone in our goal of gradually reducing food waste and the use of plastic packaging,” emphasizes Markus Mosa, CEO of Edeka AG. 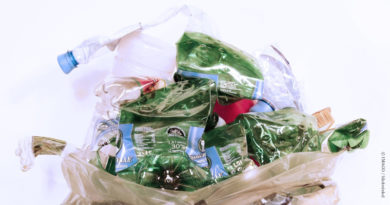 “Headline Politics Won’t Get us Anywhere”

As part of the German Packaging Congress 2021, Kim Cheng demands not to commit to certain types of packaging in an image-driven way. Nevertheless, the managing director of the dvi is pleased that packaging is being certified by consumers as having made progress in terms of sustainability. 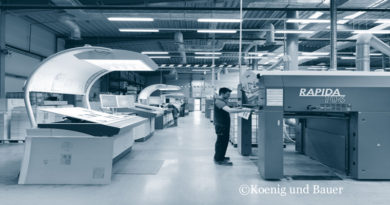 Sustainability in the Printing Industry

The sustainability trend has long since reached the printing industry and is a major topic in the sector. 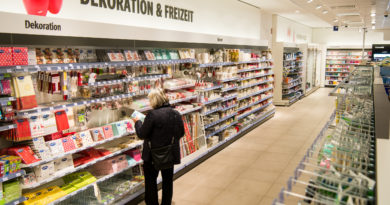 The chemist’s chains dm and Rossmann have joined forces in the fight against plastic waste: they want to introduce a