From an environmental point of view, paper and cardboard have several advantages: they are produced from a renewable resource, are compostable and recyclable. The raw material (the wood fibres) comes from trees, which absorb and store CO2 during the growth phase. By recycling cardboard, the duration of carbon storage can be extended.

Pro Carton, the European Association of the Cartonboard and Folding Carton Industries, is also taking the “Forest Day”, which was proclaimed by the United Nations in 1971 for March 21, as an opportunity to take positive stock of paper recycling. According to the association, folding cartons made of cartonboard are a “prime example of successful circular economy” and the European countries with their well-functioning recycling systems are world leaders in this field.

Recycling rate is at 85 percent
At 85 percent (2016), paper and cardboard are the packaging materials with the highest recycling rate in Europe. 72 percent of the raw material used in the European paper industry consists of recycled paper. By comparison, in 1998 this figure was only at 50 percent. About 49 percent of folding cartons in the EU are made from fresh fibers, 51 percent from recovered fibers.

Most of the wood used in the industry (82 percent) comes from European forests, mainly Swedish and Finnish forests, the rest from Russian forests. No tropical rainforests are managed or destroyed for European paper and board production.

According to Pro Carton, the area of woodland in Europe is not shrinking, but growing – on the scale of more than 1,500 football pitches a day. Sustainable management is ensured by certification systems such as those of the Forest Stewardship Council (FSC) and the PEFC seal. PEFC is the abbreviation for “Programme for the Endorsement of Forest Certification Schemes”.

CO2 storage of European forests is increasing
According to the Greenhouse Gas Inventory (GHG), the net CO2 storage of European forests increased by more than 19 percent between 1990 and 2014. As Pro Carton points out, emissions from the production of packaging cartons and folding cartons are decreasing as wel. For example, 56 percent of the primary energy used came from biomass.

For this reason, with 326 kilograms of CO2 per ton of folding cartons processed, cartonboard also has low CO2 values within the value-added chain. According to the association, the calculated value covers the CO2 balance of the entire life cycle of the folding carton, beginning in the forest (“cradle”) and ending with the delivery by the folding carton manufacturer (“gate”). This would take into account the emissions and degradation of fossil and biogenic greenhouse gases (GHG) as well as emissions from direct land-use changes (dLUC). The carbon content of the product when first placed on the market was also included in the calculation.

Quantifying Pro Carton’s carbon footprint can help brand manufacturers and retailers, as part of the supply chain, to make their own calculations of the overall environmental impact of their packaged products. 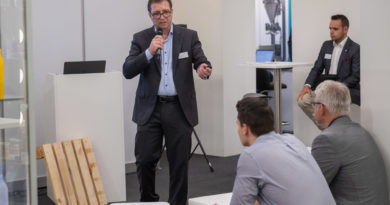 International Flair at the Start-up Area

At FachPack, young up-and-coming companies show their innovative products and processes for packaging manufacturers and users. For the first time, 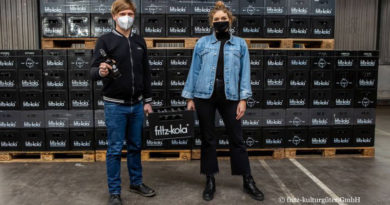 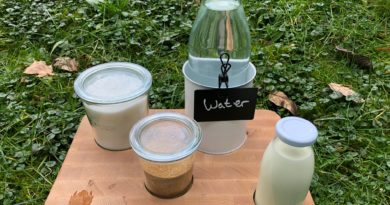 Companies are reducing their disposable containers in canteens and coffee kitchens or replacing them with plastic-free packaging. More and more