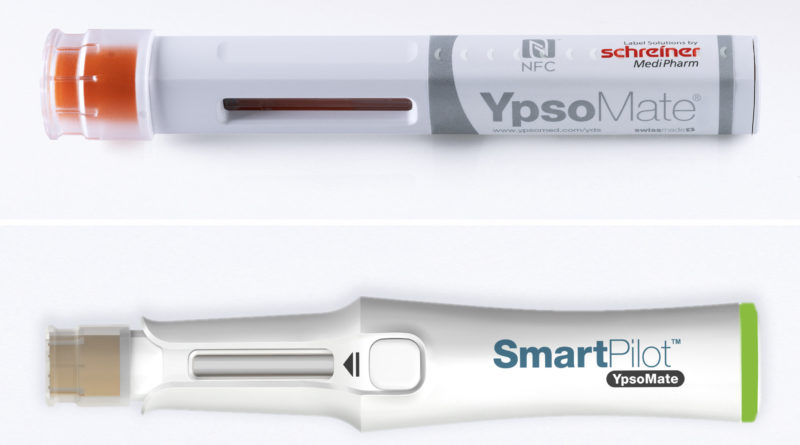 Smart Packaging is one of the central topics at FachPack 2019. dfv Mediengruppe’s marketplace and expert presentations in the PackBox offer a comprehensive overview of the status of this technology, which would be inconceivable without printed electronics.

It’s 2013: Although many industries have long been aware of printed electronics, this is still operating largely in a research-driven environment – characterised by demonstrators, theoretical concepts and promising future prospects. Lightweight, flexible, integrable, affordable and suitable for mass production – the advantages of the technology are obvious, but the concrete flagship applications are still lacking.

Six years later, and printed electronics is fuelling one innovation rocket after another. Large corporations such as Audi, Ikea, Airbus and Continental are backing the technology and have even greater plans for the future. But what has happened in the smart packaging sector? Are we still in the phase of expensive short runs, with mass production still too expensive? At first glance, this may seem to be the case. However fascinating concepts such as the Pepsi packaging for the movie “Black Panther” (by Karl Knauer) may be, they have nothing to do with the gigantic production quantities usually needed for widespread distribution in retail.

The RFID revolution – with delay

This is where a technology comes into play which was actually already written off and is now making a comeback: RFID and NFC. Particularly for medical applications, packaging innovators such as Schreiner Group from Oberschleissheim rely on the transmission technology that enables packaging to communicate with smartphones and computers. This makes it possible to integrate counterfeit protection, proof of opening and digital product information into a flexible, cost-effective technology platform that can be produced using conventional printing processes (e.g. screen printing). “Our strong commitment to the development of particularly thin, flexible multilayer film products is paying off,” commented Johannes Becker, Head of Schreiner PrinTronics’ Competence Center at LOPEC 2017. “The fact that we managed to integrate printed electronics with RFID on a label produced in an industrial roll-to-roll process is a great success for our entire team.”

However, the retail products discussed above are also increasingly becoming the focus of the smart packaging pioneers: the vision of the British company PragmatIC is to manufacture “billions of intelligent products”. The main advantage of the technology is item-level identification, i.e. the complete trackability of the status of individual products. The sometimes extremely low prices for consumer goods have so far made it virtually impossible to implement such an ambitious concept across the board. The Cambridge-based company’s FlexIC technology is meant to change this: “Item-level identification is already firmly established in fashion stores,” stresses Richard Price, CTO of PragmatIC. “For chains such as Decathlon, RFID-enabled products have long since become the norm.” Price is convinced that his cost-effective solution will also be successful in supermarkets and other areas of the retail trade – the technology is now mature enough. What’s interesting: PragmatIC is following on a decentralised solution with around 100 FlexLogIC production lines worldwide.

From the flashing gin bottle to tablet packaging with printed display, smart packaging has made an impressive advance. See for yourself at FachPack 2019 – in the marketplace in Hall 9. 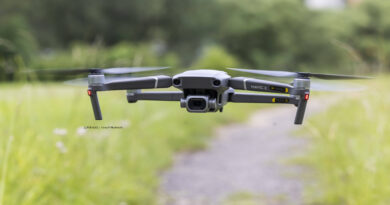 Online giant Amazon plans to bring packages to customers by drone in the U.S. state of California later this year. 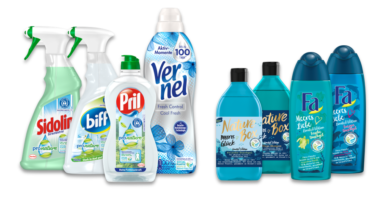 In its cooperation with the social enterprise The Plastic Bank, Henkel is now taking the next step: according to its 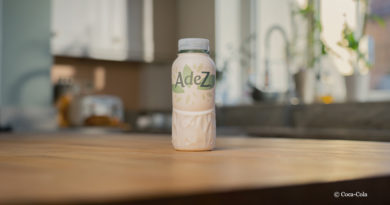 A pilot ptoject in Hungary is set to bring Coca-Cola one step closer to using paper bottles: In collaboration with the Hungarian online supermarket kifli.hu, consumer tests with the plant-based beverage brand AdeZ are to start in the summer of 2021.

Organic Spices in Cardboard and Cork