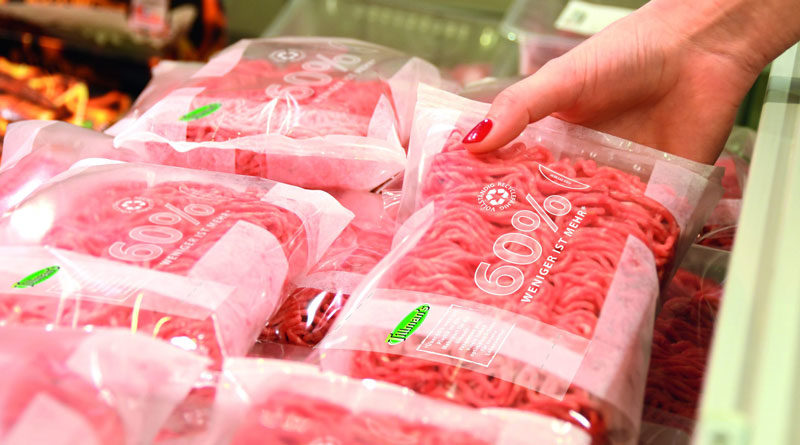 The German meat giant Tönnies is introducing flow-pack packaging for self-service fresh meat, starting with Aldi Süd. According to Clemens Tönnies, managing partner of the company, “the flow-pack packaging is nothing less than a packaging revolution for the meat world”. His company is serious about its sustainability strategy. “Although the changeover to this new system is costly, we are prepared to invest tens of millions of euro,” Tönnies declares.

Tönnies started with minced meat as the strongest article. At the beginning of the pilot phase, the company is planning to produce around 40,000 packs per week. The conversion of other products such as pork neck steaks, bratwurst or goulash is planned, but depends on the success of the first phase. According to Tönnies, the Fuji Flow-Pack saves up to 70 per cent plastic per packaging unit. In addition, the new packaging consists of 100 per cent recyclable polypropylene film. Its weight is estimated at 4.6 grammes for a 500 gramme pack of meat. The saving of up to 80 per cent in transport volume makes it possible to reduce CO2 emissions by more than 60 per cent per transport kilometre. Thanks to MAP gases, the packages are stable, stackable and, according to Tönnies, can be used for the entire range.

Customers have already bought the new packaging from various Aldi Süd companies, reports Jörn Evers, Tönnies’ Sales Director. The company is in talks with other dealers. “When the demand from retailers is there, we will convert further lines, making a contribution to solving sustainability issues”, Tönnies says.

Tönnies already achieved a drastic reduction in the use of plastics almost two years ago by using flat-skin packaging at Tillman’s Convenience. In cooperation with industry partners Sealpac and VG Nicolaus, product developers had succeeded in reconciling the requirements of maximum product safety and minimum plastic content. 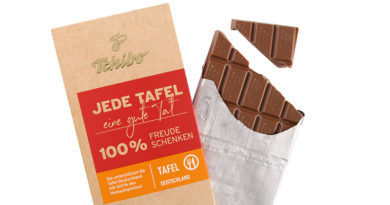 Sustainable packaging solutions enjoy top priority at Tchibo. They are already having a positive effect on the image of the 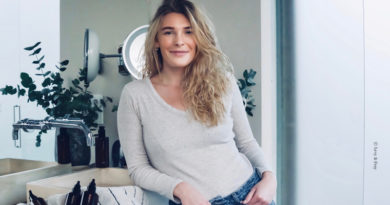 Levy & Frey is a Berlin-based start-up with a clear mission: sustainability is the top priority, and disposable plastic should be avoided wherever possible. The online store has therefore been offering sustainable body care in powder form since December 2020.

“Every purchase is a statement”