The sugar manufacturer invested more than 33 million euros in its plant in Jülich and, according to its own statements, expanded it to become the largest and most modern industrial plant for sugar in the Rhineland. Thanks to the new refining and packaging hall, at the Jülich site, Pfeifer & Langen now completely covers refining in addition to basic production. This optimizes processes, lowers transport costs and reduces CO2 emissions.

Now the beet sugar produced at the plant is packaged in household sizes directly on site on a total of nine production lines, instead of 20 kilometers away at the Elsdorf plant as was previously the case. For the first time, state-of-the-art robot technology is being used for palletizing. “This makes sugar production in Jülich a pioneer and one of the few in Europe to be equipped with corresponding high-tech equipment,” the company says.

The new refining and packaging building in Jülich runs three 1 kg packaging lines, two cube sugar lines, a tubular bagging line including associated mixing equipment, a candy packaging line, a sugar cone line, a block packer for flexible packaging of 0.5 kg to 2 kg of granulated sugar, three tray formers, two tray packers, three palletizers, one of which has automatic quarter-tray palletizing, as well as conveyor systems and driverless transport systems. In addition, the plant continues to have the existing bulk packaging system for filling products into big bags and sacks, as well as the loading station for loose sugar from the silo.

“Especially in times like these, securing the basic supply of sustainably produced food is more important than ever. By building state-of-the-art packaging and logistics facilities and using digital technologies, such as here at the Jülich site, we have become even more efficient, emission-free, and flexible,” says Michael Schaupp, Managing Director of Pfeifer & Langen. The family-owned company Pfeifer & Langen was founded in Cologne in 1870 and employs more than 2,440 people in production, finishing and sales locations in Europe. 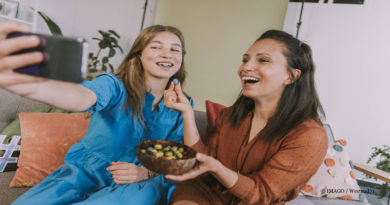 The significant increase in raw material prices and also in the costs of energy, logistics and packaging materials are currently causing particular problems for manufacturers of confectionery and snack foods in Germany, in addition to the effects of the Corona pandemic. 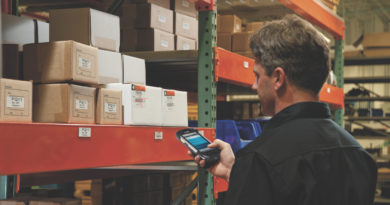 The firm Andreas Laubner GmbH has distinctly improved the efficiency of the warehousing and merchandise management system of Messrs. JBL 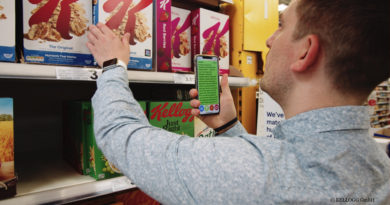 New technology aims to make shopping easier for people with visual impairments: a code on the packaging allows smartphones to recognize ingredients and nutritional information and play it back to consumers. All packaging of products sold by Kellogg in Europe will be converted from January 2022.

The loop box will be picked up at home