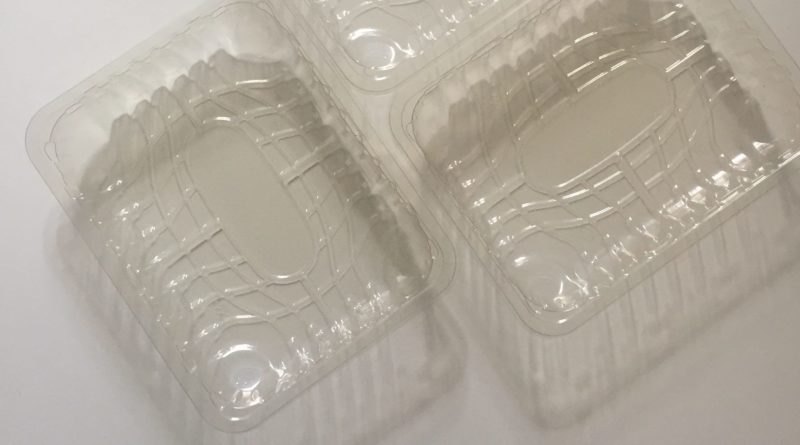 Recycling of PET trays has so far been considered difficult. The first research results have now been obtained which show that the trays can be returned to the cycle.

PET trays can be recycled back into PET trays: This was discovered by the PET trays working group of the IK Industrievereinigung Kunststoffverpackungen e. V. in a pilot project on the recycling of PET trays that has now been successfully completed. “The recycling of PET trays was previously considered difficult due to a lack of appropriate sorting and recycling technologies. The successful completion of the project shows, however, that PET trays can be recycled, and again into PET trays, even though food contact is not yet legally permitted. But we will also find a solution for this,” says Sebastian Kremer, chairman of the working group, evaluating the results of the large-scale trial. Further trials with considerably more input material are planned in order to clarify still open questions of large-scale sorting, material recycling and product application.

A brief summary of the pilot project: Members of the IK working group rented a sorting line together with a manufacturer of optical sorting units at the end of August. From 30 tons of the mixed PET fraction from the dual systems (yellow sack/yellow bin), clear mono-PET trays were sorted out, which were then crushed, washed and processed into flakes by a PET recycling plant. The flakes were then used by an IK member company to produce PET film and used it to produce new PET trays. PET flakes are the raw material for a large number of different products, for example for the packaging industry, where particularly high quality requirements are placed on the PET packaging used.

“There is considerable potential”

Upon request, Dr Christian Detrois, Corporate Packaging Manager at Nestlé Germany, explains: “PET is an excellent packaging material that is widely used and is already recycled today, particularly in the form of bottles from the deposit system. There is considerable potential to recycle even more PET by using the tray fraction as feedstock. A very welcome initiative in this respect”.

The IK working group PET trays has set itself the goal of advancing the development of the market for trays made of polyethylene terephthalate (PET) by ensuring recyclability. Companies from the PET packaging value chain are involved in the working group. These include manufacturers of PET trays, PET blisters, PET top films, manufacturers of optical sorting units and PET recycling companies. 15 companies participated in the pilot project.

IK Industrievereinigung Kunststoffverpackungen e. V. is an industry association representing the interests of manufacturers of plastic packaging and films in Germany and Europe. According to its own information, the medium-sized sector has more than 90,000 employees and generates an annual turnover of 15 billion euros. Plastic packaging has a share of 44 percent of the German packaging market. The IK is the largest supporting association of the German Plastics Processing Industry Association. 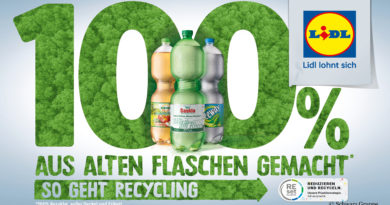 More Recycling at Lidl and Kaufland

Recently, all disposable PET deposit bottles produced by “Schwarz Produktion” for Lidl’s and Kaufland’s own brands in Germany have been made of 100 percent recycled plastic (rPET), excluding the cap and label. 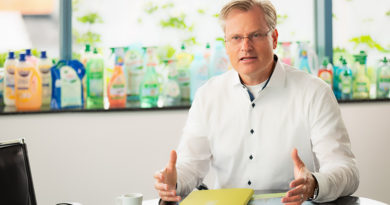 His voice carries weight. It is not without reason that Reinhard Schneider was awarded the German Environmental Prize in 2019. Now Schneider has turned to politics and business with an appeal. The core message: stick to the “Green Deal” and the climate protection targets without fail. 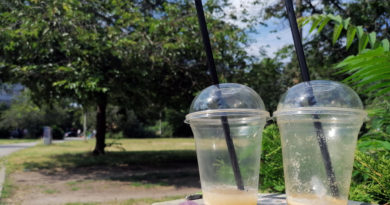 More Bans Instead of Regulations?

At the German Packaging Law Day in Frankfurt on Wednesday, experts discussed regulations in the packaging sector. They also discussed controversial topics such as plastic taxes, special levies, and littering funds.