His voice carries weight. It is not without reason that Reinhard Schneider was awarded the German Environmental Prize in 2019. Now Schneider has turned to politics and business with an appeal. The core message: stick to the “Green Deal” and the climate protection targets without fail.

When Reinhard Schneider takes the floor, many listen up, also in the packaging industry. And rightly so: for years the owner of Werner & Mertz has been campaigning for more sustainability in the economy. Schneider now underlines this in an appeal with which he addressed the public at the beginning of June 2020. A thorn in his side are efforts to suspend the EU’s “Green Deal” against the background of the Corona crisis.

Do not reset environmental standards

Schneider understands that the painful experience of the pandemic has unsettled many. In his opinion, very long value chains have proved to be particularly susceptible to disruption. His credo: “The recycling economy offers an already proven way of shortening these chains and at the same time stopping the overexploitation of natural resources.

However, numerous trade associations have now called for state support, which includes the suspension and reduction of environmental standards. “True to the motto: We need an undisturbed and unchecked reconstruction of the old structures.” In his eyes this was not neo-liberalism but rather retro-liberalism.

“Do not suspend the Green Deal…

Schneider refers to recent studies by the market research institute GfK/IRI, according to which German consumers do not want to turn away from the topic of sustainability in the corona crisis. A similar train of thought had already been taken up at EU level before Corona, within the framework of the so-called Green Deal.

“The suspension of the Green Deal, now demanded by many associations, would lead to a further polarisation of society and, moreover, would noticeably intensify a massive problem for which there will be no vaccine: Climate change and accelerated species extinction. Schneider demands that climate protection, biodiversity and recycling management remain their political priority and that existing legislation to protect the environment is not weakened. Avoiding plastics is the goal of Green Home Living GmbH. With her online shop, in which she sells tabs for dissolving and producing cleaning agents as well as the matching spray bottles, she seems to have taken the pulse of the times. 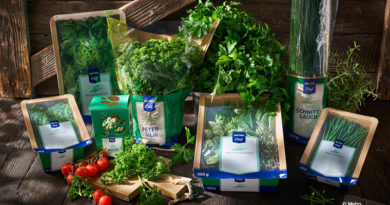 Metro in Germany is focusing on more sustainable packaging for its own brands: The cut herb articles of the “Metro Chef” brand now get by with less or no plastic at all. Metro wants to avoid more than 100 tons of plastic waste per year without compromising on quality assurance. 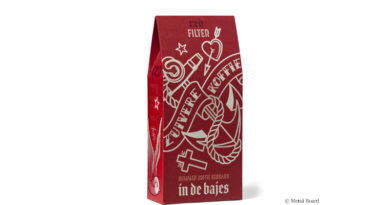 The Dutch coffee brand Zuivere Koffie produces organic coffee that is roasted in prison. Metsä Board’s brief for the packaging