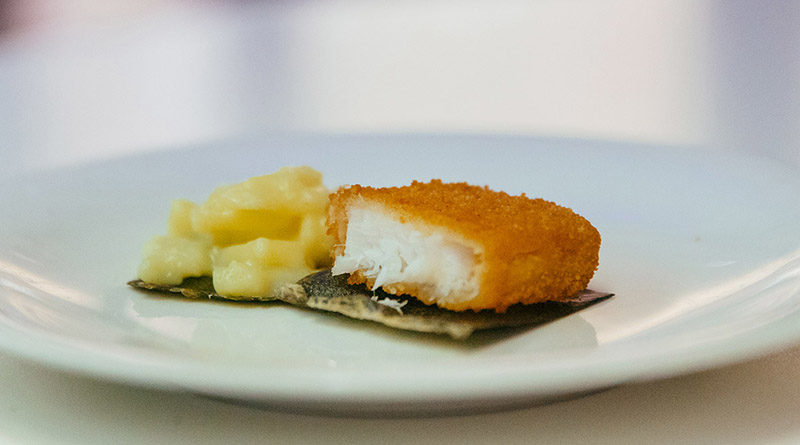 After two years of research in cooperation with the Alfred Wegener Institute and the Bremen University of Applied Sciences, the fast-food company carried out initial customer tests with a prototype of the packaging made using macro algae. The ten by ten centimetres, fully compostable and even edible algae leaf was well received.

The persistent convenience trend and growing consumer awareness of sustainability issues present the packaging industry with the major challenge of developing sustainable, food-safe packaging. This is particularly true for the fast food industry. After all, “to-go” packaging is still largely made of plastic. According to the BLE, calculations carried out by the Society for Packaging Market Research (Gesellschaft für Verpackungsmarktforschung mbH – GVM) on behalf of the Federal Environment Agency have shown that between 2000 and 2015 the consumption of packaging in the catering industry has increased by 133 percent from 110 kilotons to 256 kilotons. In order to counteract this trend, Nordsee initiated a research project in March 2018 in cooperation with the Alfred Wegener Institute and Bremen University of Applied Sciences to develop fully compostable packaging made out of macro algae. The first prototype was tested on February 12th and 13th in the NORDSEE branches in Bremen and Bremerhaven.

The algae leaf, which measures approximately ten by ten centimetres, was tested last week for the first time by customers in Bremerhaven for its feel, smell, consistency, appearance and taste. The idea of developing packaging produced from algae for out-of-home consumption met with a positive response in the store. “I find the idea of sustainability through edibility and biodegradability to be path-breaking. I was astonished that the algae material is so thin and stable. I wouldn’t have thought so,” said a 55-year-old guest during the customer test. However, the company announced that it will take another two to three years before the packaging will be offered regularly at Nordsee. In a planned follow-up project, the prototype will be further optimized for industrial production. “We are very pleased with the first prototype and the positive feedback from our guests. It is very important to us that the packaging for out-of-home consumption is made out of renewable and sustainable raw materials in order to protect the environment and conserve resources,” says Andreas Gertzobe, Managing Director of NORDSEE GmbH. 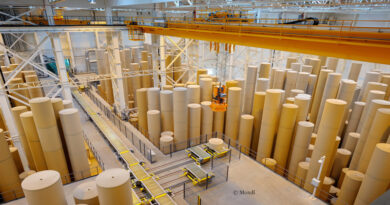 Mondi, a global leader in packaging and paper, opened the group’s first recycling lab at its Frantschach plant in Austria to test the recyclability of paper and paper-based packaging using non-paper components such as coatings. 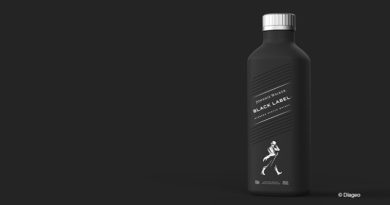 Diageo intends to use paper spirit bottles in the future. The new bottles will be used for the Johnnie Walker brand in early 2021. A consortium of global FMCG companies, including PepsiCo and Unilever, was formed to further develop the technology. 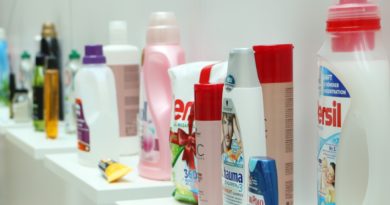 As part of its corporate venture capital activities, Henkel has invested in a fund which in turn invests in companies

Recyclable Stand-up Pouch for Microwave Use